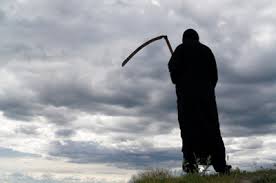 In a recent interview, former GM CEO, Bob Lutz, observed that recalls “captivate the media, but the U.S. public absolutely couldn’t care less.” Yet for many product makers, the prospect of a safety recall sends a chill down the spines and a queasy feeling into the guts of the folks in C-suite as well as the legal, marketing, and finance departments.
I think Lutz may be on to something.
Let’s look at what’s going on with GM. So far in 2014 GM has conducted nearly 30 recalls involving 15.8 million vehicles. To add a bit of perspective, consider that the entire U.S. auto industry didn’t sell 15.8 million units in 2013. If, as common wisdom holds, recalls hurt a company, then GM must be on the brink disaster, right? Its sales must be in the tank and it probably can’t give its cars away. And any day now, we will be hearing that GM is on a death march through the bankruptcy court.
But that’s not what’s going on. Through May, GM’s sales are up across all four of its brands. March saw GM’s sales increase by 4% and April saw a 7% rise. May? It saw a huge sales increase of 13%, nearly double the 6.4% increase industry analysts predicted.
How can this be?
It’s likely because U.S. consumers have become desensitized to recalls. Safety recalls – particularly in the auto industry – are a fact of daily life. According to the 2012 NHTSA Recall Annual Report, between 2008 and 2012 there were 3,384 automotive recalls affecting 98.2 million units. That’s a per day average of 1.8 recalls involving 54,000 cars. Sure, it’s an inconvenience to have to take the car in to get fixed, but it had to go in for an oil change anyway, so …
The bottom line appears to be that U.S. consumers are willing to forgive a mistake and give a company a second chance. In return they ask for three things: Transparency, accountability, and service. In other words, admit your mistake, apologize, and fix the problem. We want to believe in the companies whose products we buy. We wear their logos and identify ourselves as Chevy guys and Ford guys. When a company issues a recall, it acknowledges the problem, accepts responsibility, and offers a solution. Handled right, a recall is an opportunity for a company to back up its claim that it’s a good corporate citizen that cares about its customers.
So when facing a recall, go on the offensive. Get the message out that you have your priorities straight. Show your customers that you put their customers’ safety first, that you stand behind your product, and that do the right thing, despite the costs, because it’s the right thing to do. This unorthodox, or maybe old-fashioned approach will serve your company well in both the court of public opinion and a court of law.