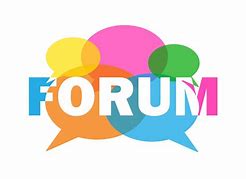 Because forum selection clauses in recreational vehicle warranties often come into play in actions brought between diverse parties for relatively large sums of money, a majority of the applicable case law is in the federal courts. The proper mechanism for transfer of venue based on a forum selection clause, where the selected forum is a federal court, is a motion to transfer venue under 28 U.S.C. § 1404(a). If the selected forum is a state or foreign court, the proper mechanism is a motion to transfer under the doctrine of forum non conveniens. However, as explained in more detail below, Courts use the same balancing-of-interest test in both Section 1404(a) and forum non conveniens transfers.

In addition to The Bremen, forum selection clauses contained in form contracts to consumers are governed by the Supreme Court’s decision in Carnival Cruise Lines v. Shute. In Shute, the Court held that a form contract printed on the back of a ticket, which contained a forum-selection clause, was valid despite the absence of arms-length negotiations. The Court expanded on The Bremen Court’s conditions for invalidating a forum-selection clause, and held that the clause could only be invalidated on the showing of a “bad faith motive” where the forum was chosen “as a means of discouraging [parties] from pursuing legitimate claims.” Because the chosen forum was the place of business of the petitioner, such evidence of bad faith was lacking. It is important to note that the “bad faith” aspect must be specific to the forum selection clause in order to invalidate it. This means that allegations of fraudulent activities by the defendants will not in and of themselves invalidate a forum selection clause.

It is possible for forum selection clauses to be both valid and unenforceable because of the analysis afforded by 28 U.S.C. § 1404(a). However, this outcome is rare, and “a valid forum-selection clause [should be] given controlling weight in all but the most exceptional cases.” As noted above, Courts utilize the same balancing of interests tests regardless of whether the transfer motion is brought under 28 U.S.C. § 1404(a) or under the doctrine of forum non conveniens. However, the Atlantic Marine Court modified the traditional balancing-of-interest analysis and established specific guidelines for evaluating the enforceability of a valid forum selection clause. The court made 3 significant changes:

However, in the years since Atlantic Marine, federal courts have carved out an exception to the Atlantic Marine test when the forum selection clause is permissive, rather than mandatory. The district courts have generally held that Atlantic Marine only applies to mandatory forum-selective clauses (e.g. clauses which state that an action “must” be litigated in the chosen forum, rather than clauses which state that an action “may” be litigated in the chosen forum). In the case of a permissive forum-selection clause, courts apply the traditional 1404(a) or forum non conveniens analysis, which gives deference to Plaintiff’s original choice of forum and includes private interest factors. These private interest factors also differ between jurisdictions, but generally encompass the following:

While case law since the Atlantic Marine decision is fairly limited, courts have only chosen not to enforce forum-selection clauses in cases with permissive clauses, rather than mandatory.

Choice-of-law provisions enjoy largely the same protections as forum selection clauses. While state laws vary in their wording, most enforce choice-of-law provisions in warranties unless the provision conflicts with strong public policy interest. Specifically, in states that have adopted the Restatement (Second) of Conflicts of Laws, the applicable section states:

Based on the case law, so long as a state has some connection to the transaction and does not violate the public policy of the forum state, choice-of-law provisions will be determinative.